Markets moved higher throughout the course of the week, as analysts cheered the concept of the ‘Powell Put’. 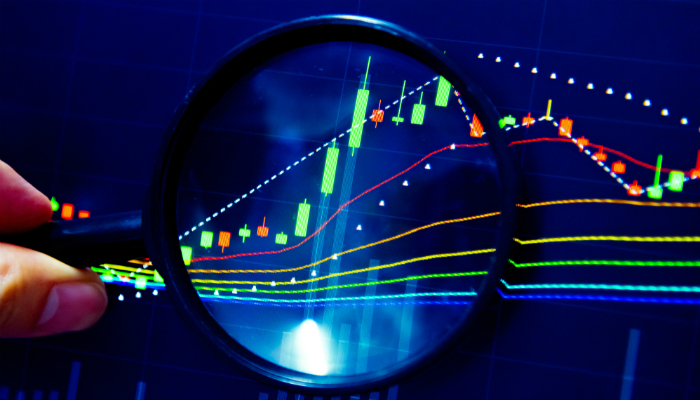 Markets moved higher throughout the course of the week, as analysts cheered the concept of the ‘Powell Put’. As data weakens, most notably the latest US employment figures, investors are betting that the Fed will step in to cut interest rates and once again ignite the roaring bull market. What action the Fed takes remains to be seen. As alluded to above, Non-Farm Payrolls disappointed for May with just 75,000 jobs added, far below the average expectation. Bond yields fell immediately as the threat that higher interest rates may pose to fixed income markets continues to dissipate. The ECB also look poised to act, with the reintroduction of asset purchasing becoming a live option. German Bund Yields fell even further as a result, falling below the 10 year Japanese equivalent. President Trump also announced a last minute reprieve for Mexico by postponing the threat of a blanket 5% tariff on all imports; as Mexico vowed to step up efforts to curb illegal migration to the US. 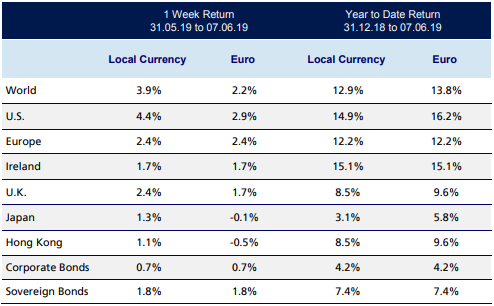 Global markets had a strong week, up nearly 4% in local terms, whilst a stronger euro reduced returns for Irish investors.

The influential US market led the globe higher, up 4.4%, as all major markets enjoyed a positive week.

The Euro/US Dollar exchange rate moved higher to close at 1.13, whilst Euro/GBP was at 0.89.

Oil finished the week slightly higher at just below $54 per barrel.

US PPI and UK unemployment data are both released to the market.

The US and China inflation figures (CPI) go to print.

US retail sales data is released where a rise of 0.6% (MoM) is forecast.