In the fight to save the planet, Al Gore has a powerful ally. And people are starting to heed her warnings, writes Alice Baghdjian. 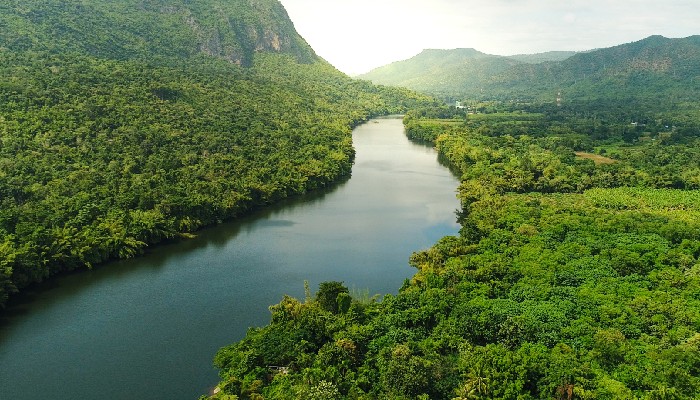 In his battle to convince people of the urgency of the climate crisis, former US Vice President Al Gore can rely on one ally that trumps all others: Mother Nature.

The record-setting hurricanes, blistering wildfires – even swarms of locusts and mice – featured on nightly news bulletins over the last 18 months have propelled the realities of a changing climate onto televisions screens and into daily life. This is playing a dominant role in compelling politicians and business leaders to start taking decisive action on climate change, Gore says.

“It's like a nature hike through the Book of Revelation,” Gore tells Bloomberg TV’s Francine Lacqua in an episode of Leaders with Lacqua Goes Green. “In many places, we've had these biblical-scale downpours and floods and mudslides and refugees – and people are seeing this on the news.”

“We've seen and heard the increasingly frequent and increasingly harmful impacts of the climate crisis,” he says. “That's happened all over the world and I think that's gotten people's attention.”

As the UN Climate Change Conference COP 26 approaches, and more companies and countries pledge to reduce greenhouse gas emissions, interest in developing solutions to avert the threat of the climate crisis is surging among the public and private sectors.

That climate change is one of the gravest and most complex risks society faces today is something Belinda Bates, Senior Risk Consultant, Climate Change at Zurich Insurance Group (Zurich), knows only too well.

“As an insurer, Zurich is on the frontline of climate change,” says Bates. “We’re seeing first-hand the impact it’s having on the operations of our customers and the future risks it poses to society if no action is taken to counter it.”

Bates is part of Zurich’s Climate Change Resilience Services (CCRS), which supports commercial customers in building resilience against the impacts of climate change from factories flooding to supply chains breaking  down.

Launched in 2020 and now part of Zurich Resilience Solutions, CCRS aims to provide customers with tailored insights and solutions to help them identify, assess, mitigate and adapt to evolving climate change risks, such as extreme weather events. The services CCRS provides are increasingly in demand.

“More and more customers are requesting our expertise and solutions to help them effectively navigate this evolving risk landscape,” Bates adds.

CCRS also reflects a broader shift in the role insurers play in society, a role that extends beyond traditional risk transfer to include offering services that help reduce or eliminate risk in the first place. And that includes the risk of climate change.

“Our customers and their communities want to avoid the disruption and losses caused by climate change-related events – and so do we,” explains Linda Freiner, Group Head of Sustainability at Zurich. “It’s part of the reason why Zurich has a long-standing commitment to tackling climate change across our business in a transparent and accountable way.”

Zurich is committed to using every lever at its disposal - investments, operations, and products and services – to support a future in which global temperature rise is limited to 1.5°C, as envisaged by the 2015 Paris Agreement.

In March 2020, Zurich announced interim targets to cut the carbon intensity of certain investments in its portfolio and said it would use its influence as investor and insurer to urge investee companies and customers to set their own targets. These commitments augment Zurich’s existing sustainability credentials: its operations have been climate neutral since 2014 and it was a founding member of the UN Net-Zero Asset Owner Alliance in 2019. Zurich was also named insurance industry leader in the 2020 Dow Jones Sustainability Index (DJSI), which ranks companies based on their sustainability performance.

The growing need to avert the threat of climate change is fueling a “sustainability revolution”, Al Gore says, comparable in magnitude to the industrial revolution of the 18th and 19th centuries.

Some 15 years have elapsed since Gore drew attention to global warming in the Oscar-winning documentary film An Inconvenient Truth, and even more time has passed since he held some of the first congressional hearings on climate change in the U.S. in the 1970s. Though damage has been done, he believes it’s not too late to take action on climate change and avoid the most catastrophic harm.

“I'm actually very optimistic that we are finally crossing the political tipping point right now,” says Gore. “We have a long way to go but we're gaining momentum and I'm more optimistic today than I've ever been.”