To coincide with the launch of the 2019 Zurich Irish Rugby Players Awards, we are running a competition where five lucky winners – and their guests – could rub shoulders with Irish rugby stars on the night of the awards. 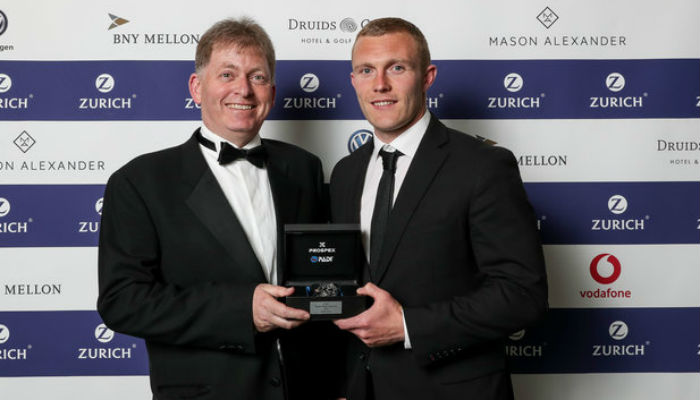 The Zurich Irish Rugby Awards 2019 take place on Wednesday 15 May and Zurich is delighted once again to sponsor the awards for the fourth year in a row. This is the night to be at where the cream of Irish rugby are recognised for their achievements.

Last year winners included Keith Earls, Jacob Stockdale, Claire Molloy and Brian O’Driscoll; with Jack McGrath picking up an award for his efforts as an ambassador for the Rugby Players Ireland and Zurich ‘Tackle Your Feelings’ initiative.

How would you like to rub shoulders with Ireland’s best known professional rugby players?

Enter our competition here for your chance to be in the Zurich Blue Room. Simply put together your dream team from the past 10 years and share it on Twitter or Facebook. We’ll pick five people who share their team to join us at the awards on May 15 in Dublin.

The Zurich Blue Room, located right beside the main awards room, will be a hive of activity on May 15, with every award winner at the Zurich Irish Rugby Awards heading into the Blue Room to talk to former Ireland and Ulster winger and MC for the evening - Andrew Trimble. The event will be televised, with highlights of the awards and activities in the Blue Room, to be shown on Virgin Media TV in the week after the awards.