Diary Of A Young Naturalist, by Dara McAnulty , Shortlisted for the Dalkey Emerging Writer Award 2021

Dara’s love for nature, his activism and his honesty about autism, has earned him a huge social media following from across the world, and many accolades: in 2017 he was awarded BBC Springwatch ‘Unsprung Hero’ Award and Birdwatch magazine ‘Local Hero’; in 2018 he was awarded ‘Animal Hero’ of the year by The Daily Mirror and became ambassador for RSPCA and the iWill campaign; in 2019 he became a Young Ambassador for the Jane Goodall Institute and became the youngest ever recipient of the RSPB Medal for conservation. The Diary of a Young Naturalist has won many awards including the 2020 Wainwright Prize for Nature Writing. Robert Macfarlane has described Dara as having “extraordinary voice and vision.” Dara lives with his family in County Down, Northern Ireland. 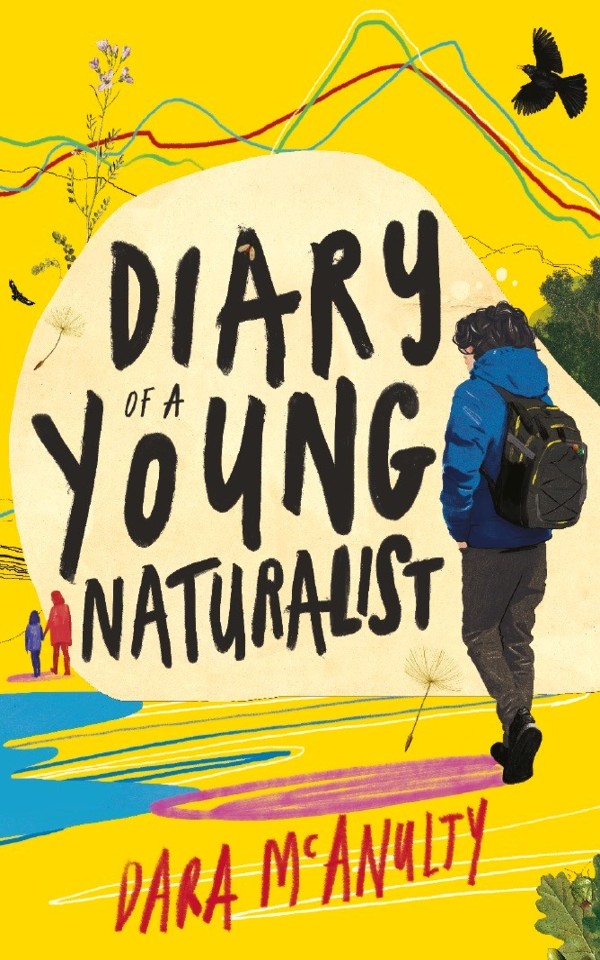 About: Diary Of A Young Naturalist by Dara McAnulty

Diary of a Young Naturalist chronicles the turning of 15-year-old Dara McAnulty’s world. From spring and through a year in his home patch in Northern Ireland, Dara spent the seasons writing. These vivid, evocative and moving diary entries about his connection to wildlife and the way he sees the world are raw in their telling.

“I was diagnosed with Asperger’s/autism aged five ... By age seven I knew I was very different, I had got used to the isolation, my inability to break through into the world of talking about football or Minecraft was not tolerated. Then came the bullying. Nature became so much more than an escape; it became a life-support system.”

Diary of a Young Naturalist portrays Dara’s intense connection to the natural world alongside his perspective as a teenager juggling exams and friendships with a life of campaigning. “In writing this book,” Dara explains, “I have experienced challenges but also felt incredible joy, wonder, curiosity and excitement. In sharing this journey my hope is that people of all generations will not only understand autism a little more but also appreciate a child’s eye view on our delicate and changing biosphere.”

Dara is a young star of the conservation movement, and Diary of a Young Naturalist – assured, mature and sensitive – is sure to break the mould of modern “nature writing” and cause a media stir. Already lined up for many major media and festival appearances, and with much interest from publications all around the world, the book is already set to be the break-out title of 2020.

“Dara’s is an extraordinary voice and vision: brave, poetic, ethical, lyrical, strong enough to have made him heard and admired from a young age.” – Robert Macfarlane

“Our planet and its wildlife are in a dire state, but if anyone can help save them, Dara can - and he’s bringing our generation along with him.” – Bella Lack

“A remarkable book which transports readers into a miraculous world of nature. A truly stunning debut with pearls of wisdom from the wild - and an extraordinary mind.”