Equities were sharply lower last week as the US inflation release for August surprised to the upside. The headline annual rate fell to 8.3%, however core prices rose 0.6%, twice the 0.3% forecast, writes Ian Slattery. 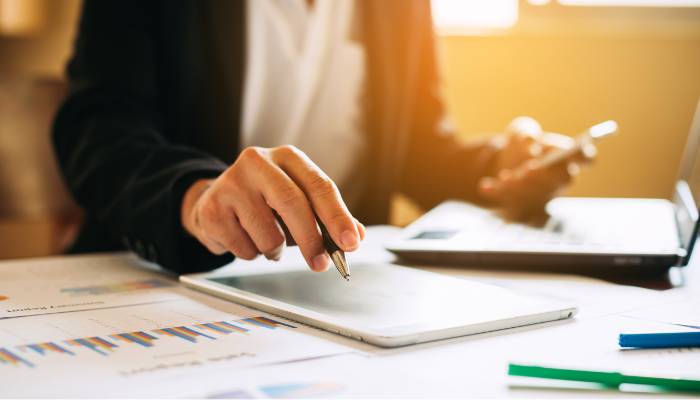 Consumer price inflation came in below expectations for July, and many expected similar results last Tuesday when the US CPI figures for August came to print. Therefore, the upside surprise led equities to their worst sell off in over two years with the S&P 500 falling 4.3% on the day.

The US retail sales figures for last month were also released on Thursday and came in higher than expected with a 0.3% rise MoM. Whilst this is broadly positive for the US economy, many investors see this as an indicator of how aggressively central banks will raise rates. This led to a sell-off in risk assets and markets have priced in a 1/3 chance that the Fed will raise rates by a full percentage point this month.

Given the expectation of rapid monetary tightening, the yield on the interest rate sensitive two-year treasury note 3.90% on Friday, its highest level since 2007. The benchmark 10-year yield also rose for the 7th week in a row.

Within the eurozone, inflation and the health of the economy continue to guide the market with the broad eurozone index down 4.5% last week, as investors displayed concerns over volatile energy prices and tightening central bank policy.

Within the UK, retail sales for August were released on Friday which came in far lower than expected dropping by 1.6%. This is the biggest fall since December 2021 and underlines increased recession risk within the UK economy.

The key EUR/USD rate finished the week below parity, as the dollars safe haven status continued to be utilised. Enduring dollar strength is partly a result of policy tightening by the Fed but is also a function of the US economy’s perceived greater resilience in comparison to Europe’s.