On October 12th, Paschal Donohoe and Michael McGrath delivered the Budget for 2022 to the Dáil. Here's what you need to know: 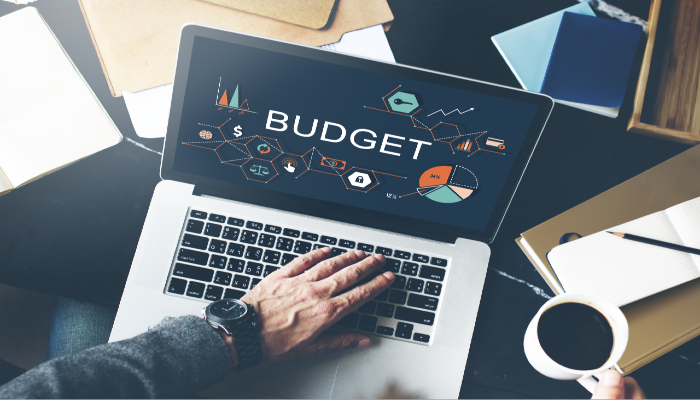 There were no changes in relation to private pensions in Budget 2022. This was a surprise as we expected that some of the pension changes detailed in the report produced by the Inter-Departmental Pensions Reform & Taxation Group (IDPRTG) would start to be implemented.

And although some widely anticipated changes were not included in Budget 2022, we now expect there to be further pension changes included in the Finance Bill 2021 which will be published next

Budget 2022 did confirm that the State Pension (Contributory) Personal Rate as well as other relevant social welfare payments will increase by €5 per week from €248.30 per week to €253.30 per week from January 2022.

The Christmas Bonus for December 2021 for pensioners and social welfare recipients will be paid at 100% of their respective State benefit weekly rate.

In the Budget last year (Budget 2021) it was confirmed that the State Pension Age would remain at 66 and the proposed increase will be put off pending a review by the Pension Commission.

The Pensions Commission report, which was published last week by Minister for Social Protection Heather Humphreys, said the commission “has unambiguously established that the current State pension system is not sustainable into the future and that change is needed”.

However, the Minister indicated that the Government will not make a decision on the recommendations of the Pension Commission report until March 2022 “with a view to bringing a recommended response and implementation plan to Government, by the end of March 2022”.

In summary, there were no changes in Budget 2022 to the following:

Corporation Tax relief will continue to be available on Employer Pension Contributions paid to an approved Occupational Pension Scheme - subject to the overall maximum pension funding and benefit limits.

Employer Contributions to a PRSA

The expected removal of the Benefit-in-Kind Charge to an Employer Contribution to a PRSA was not included in Budget 2022 and is unlikely to make it to the Finance Bill 2021. However we anticipate that the position will be clarified in the near future, with a view to any changes being implemented in next year's Finance Bill 2022.

This is a very important issue for many Employers and Advisers as they review the pension options available to them and their clients as a result of IORPS II – and when considering which options are available for future pension funding – and whether they should be using a Master Trust or a Contract based arrangement.

This relief will continue at the marginal rate of income tax but subject to the Age-Related Contribution Limits and Earnings Cap, if applicable (and overall Revenue Maximum Approvable Benefit limits).

Last week the Government confirmed that it will sign up to a plan, brokered among 140 states by the OECD, to reform global tax rules. The proposals involve the introduction of global minimum corporation tax rate of 15%, as well the right for individual States to levy taxes on firms that are making sales in their territory without having a physical operation there for taxation purposes.

The reforms only apply to firms that have a turnover of €750 million or more. So the 15% rate will only affect very large multinationals and many businesses in the pharma sector. In Ireland this is likely to affect approx. 1,500 foreign owned multinationals with subsidiaries in Ireland (that employ a total of approx. 400,000 people) and approx. 56 Irish firms (that in total employ around 100,000 people).

The vast majority of businesses in Ireland (approx. 160,000 that collectively employ 1.8 million people) have a turnover of less than €750 million – and so they will continue to pay the 12.5% rate of Corporation Tax.

The Age Related Contribution Limits (for pension contributions to Personal Pensions/PRSA’s and Employee/AVC Contributions) are subject to an Earnings Cap – and this remains at €115,000.

The Taxes Consolidation Act (Chapter 2C of Part 30) imposes a limit or ceiling on the total capital value of pension benefits that an individual can draw in their lifetime from tax-relieved pension products, where those benefits come into payment for the first time on or after 7 December 2005. This is called the Standard Fund Threshold (SFT) and is currently €2 million. There are significant additional tax liabilities where the limit is exceeded.

We will wait for the Finance Bill 2021 to see whether the SFT from 2022 has been amended.

Unfortunately the Minister did not remove the 1% Insurance Levy - or reduce the rate of Exit Tax on Life Assurance Policies and Investment Funds and it remains at 41%.

The reduced rate of USC for medical card holders (and those over-70 earning less than €60,000) was extended for a further year.

While there were no significant changes to the rates of PRSI, other than the weekly income threshold for employer's PRSI increasing by €12 from €398 to €410 in Budget 2022, the Report of the Pensions Commission (referred to above) proposes that PRSI contributions will rise for everyone in the medium term, with self-employed people first to feel any increase - as their rate would rise from 4 per cent to 10 per cent of earnings.

Furthermore, the Report also goes on to recommend that the existing exemption from PRSI contributions for earnings of those aged 66 and over should be removed - as should the exemption from PRSI of private and public sector occupational pension payments.

The current corporate exit tax rate remains at 25%, in line with corporation tax for non-trading income.

There was NO increase in any of the CAT Threshold and these remain as follows:

The Group A Threshold (gifts or inheritance from parent) remains unchanged at €335,000.

The Group B Threshold (gifts or inheritance from brother/sister/aunt/uncle/grandparent) remains unchanged at €32,500.

The Group C Threshold (relationship other than A or B) remains unchanged at €16,250.

The rate of Capital Acquisition Tax remains at 33%.

If you have a query on any of the above points, please feel free to contact our Technical Services Team on 01 209 2020 or techsupport@zurich.com or your Zurich Life Broker Consultant.

Co-habiting couples and taxation in Ireland

TechTalk: The end of the road for AMRFs