Equities rallied in October, following a poor run throughout August and September. It remains to be seen if this is the start of a structural upward movement or merely a rebound from oversold levels, writes Ian Slattery. 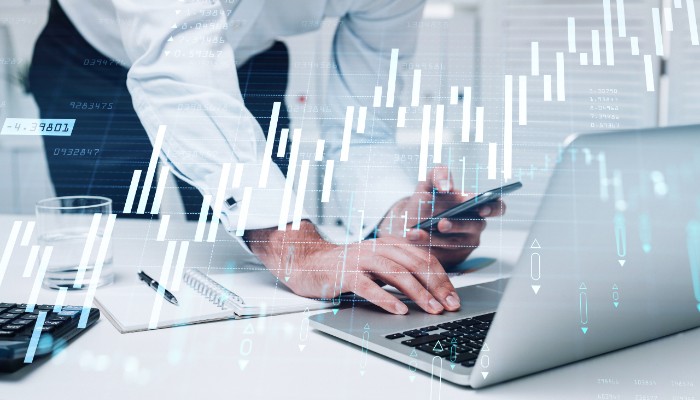 In Europe, the European Central Bank (ECB) raised rates by another 75bps to bring the main policy rate to 1.5%. Inflation remains elevated across the currency bloc. Further rate hikes from key central banks are due in the early part of November as inflation remains stubbornly high.

Business activity continues to slow across the developed world, with more indicators suggesting a recession will be forthcoming. The Q3 earnings season has so far been generally well received, despite some high-profile misses in the tech sector. Margins have held up reasonably well, but more companies are turning pessimistic in relation to their forward guidance.

In China, the 20th Communist Party Congress concluded with President Xi Jinping re-elected as General Secretary for a third five-year term. Markets reacted negatively to the consolidation of power.

Within the UK, markets entered the month in a volatile fashion but calmed throughout the period as Liz Truss resigned, becoming the shortest-serving PM in UK history.

Zurich maintain a preference for equities over other asset classes, namely bonds, at this time. Earnings, as mentioned above, have been constructive for equities but in the short-term markets will continue to be heavily influenced by monthly inflation prints and the ensuing monetary policy reaction.

Across multi-asset funds our equity portfolios are currently cautious in relation to North America and are therefore overweight the other major regions, including Europe and Asia.

From a sector perspective we continue to have a preference for healthcare, consumer discretionary, and technology and are more cautious towards sectors such as consumer staples and financials.

Within credit, or corporate bonds, we have been defensively positioned with a short duration bias. Sector positioning has been broadly neutral as of late.

World equities in Euro terms, returned 6.24% in October, a monthly gain for the first time since July. World equities have returned -8.03% so far in 2022. This month Ireland was the best performing market in Euro terms up 10.58%. The worst performer geographically this month was Hong Kong, slipping -15.56% as slow economic growth in China and lower exports dragged equities down.

On a US sector basis this month all 11 sectors were up in local terms. In Euro terms only Consumer Discretionary and Communications Services showed losses, down -0.75% and -0.84% respectively. Energy remains the clear outperformer both globally and in the US. Year to date energy has returned 70.44% globally in Euro terms, while growth orientated stocks continue to lag behind.

Eurozone bonds made gains in October with the Over Five-Year Euro Government Bond returning 0.29%. This came as bond yields eased somewhat within the Eurozone due to investors questioning the ability of the ECB to continue on a rate tightening path. Poor economic data and falls in the prices of natural gas suggested to some investors a less aggressive ECB going forward. Despite this, inflationary fears persist in bond markets.

The benchmark German 10 Year bund yield hit an 11 year high of just under 2.5% in October on the back of these fears. The ECB also announced a large rate hike of 75 basis points in October, which further eroded bond prices.

The US 10 Year Treasury Yield remains above 4% however changing sentiment has meant bond markets saw a volatile month in October.

Fears of a global economic slowdown negatively affected commodities overall in October. Copper, a barometer for global economic health was down -2% in Euro terms as demand slowed due to central bank tightening.

Gold has also suffered due to rising yields brought about by central bank policy. Although traditionally a hedge to inflation, higher interest rates increase the opportunity cost of holding a non-yielding asset such as gold.

The best performing commodity continues to be oil with energy demand still high due to geopolitical tensions between the West and Russia. West Texas Intermediate (WTI) was up 8% in Euro terms in October.

The US Dollar also continues to remain strong against other G10 currencies despite some shifts in sentiment that have caused fluctuations. At the end of the month 1 euro bought you 0.99 US Dollars.