Equities enjoyed a positive November, marking back-to-back monthly gains for the first time in 2022. Markets were buoyed by a growing consensus that inflation has peaked in the US, and this will subsequently lead to a more dovish approach from the Federal Reserve, writes Ian Slattery. 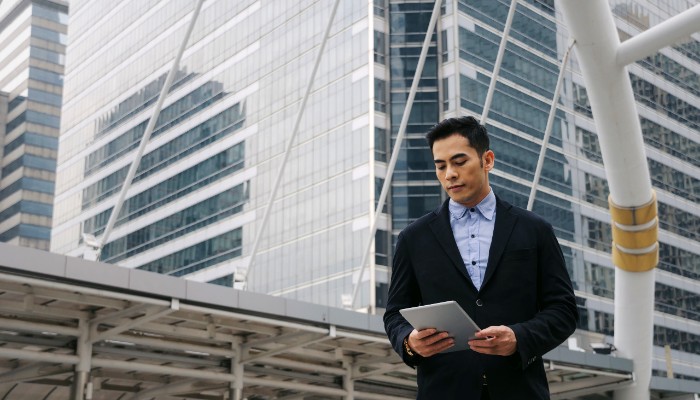 The latest reading for headline inflation in the US saw a fall from 8.2% to 7.7% with the core figure also registering a drop. Remarks to the Brookings Institute by Fed Chair Powell on the last day of November helped to reinforce the dovish rhetoric. However, wider economic data throughout the month further illustrated the risks to the global economy and the continued probability of a recession in some developed markets.

Flash leading indicators such as PMIs did stabilise in Europe throughout November, but higher interest rates are still forecast from both the Federal Reserve and the ECB in December. The key 2yr v 10yr US treasury yield curve also remains at its most inverted since the early 1980s.

European energy prices have stabilised due to a combination of milder than expected weather and a coordinated policy response. The more dovish sentiment from the Fed, along with more positive sentiment generally has seen the US dollar weaken against the Euro, in a reversal of the general trend seen in 2022.

Across our multi-asset funds, a bias towards equities is retained. Whilst much has been made of seasonal trends, inflation readings and central bank policy announcements are far more likely to dictate the direction of markets between now and year end.

Within sovereign fixed income markets, we are currently more neutrally positioned than we have been for some time. The Fed and ECB must undertake a difficult balancing act in relation to the path of monetary policy, but the move in yields this year does make the entry point into bond markets more attractive.

Within corporate bonds portfolios we remain more defensively positioned and continue to look for more stable companies with strong balance sheets at this time, as credit risk remains a key focus. We maintain a partial currency hedge on US dollar denominated assets, which will help to reduce losses if the dollar weakens further versus the euro from the current level.

World equities were up again this month, returning 2.7% for November in Euro terms. Year to date however, world equities remain down, losing -5.6%.

The best performing market last month was Hong Kong which returned 18.1% in Euro terms. This came on the back of the prospective loosening of China’s strict Zero-Covid Policy. Chinese officials appear to be making concessions in the face of rising Covid cases, a policy move that would stimulate growth in the region.

More positive sentiment in November was present in US equities, largely driven by lower inflation data.

On a sectoral basis only two US equity sectors made losses in Euro terms. Energy and Consumer discretionary lost -2.9% and -3.2% respectively. The best performer was Materials, gaining 7.1% in Euro terms.

November saw something of a recovery for fixed income markets as yields followed inflation expectations lower. Eurozone bonds made gains in November with the over five-year Euro Government Bond returning 3.8%. This came as Eurozone inflation was recorded at 10% in November, a reduction for the first time in 17 months.

The benchmark US 10 Year bond yield finished the month at 3.61%, a significant reduction from last month’s figure of 4.05%. Dovish comments from Federal Reserve Chairman Jerome Powell, along with indications that the US economy appears to be slowing, lead to rising levels of optimism.

Employment however remains tight in the US, with the November reading coming in higher than expectations. As a result, bond markets remain somewhat tentative as they await forthcoming Central Bank policy.

Metals performed better with copper returning 6.7% and Gold 2.8%. Oil prices have been volatile over the past year and, amongst uncertainty surrounding supply and a global economic slowdown, gains made in previous months have been partially eroded.

The broader advances in equities and bonds have resulted in a reversal of the trend of dollar strength seen this year. The Euro/USD exchange rate finished the month with one Euro buying 1.04 Dollars, the previous two months saw the Euro below parity with the Dollar.