In his yearly investment analysis, David Warren warns that as the positive equity bull market is battered by a trio of policy concerns, including worries over China, corporate bond markets and low inflation, volatility will challenge investors. 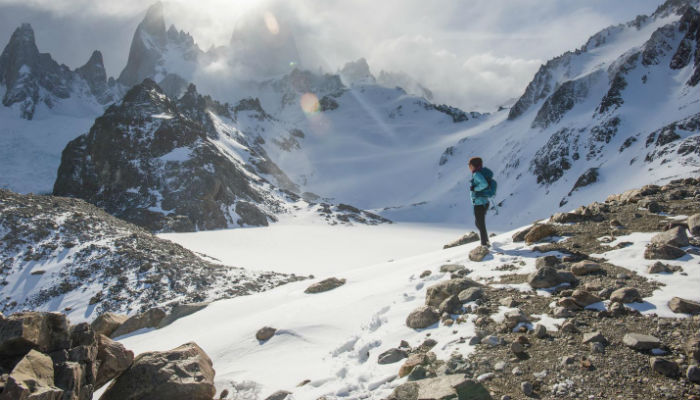 This time last year we thought that typical late cycle market volatility might emerge during 2018 especially since the previous year had been eerily calm. That volatility did in fact materialise, initially driven by trade concerns, but later in the year was energised by other concerns.

We kept large equity positions during the year which was reasonable given the size of the better performing US equity market in our portfolios and the dearth of defensible alternatives. A bias to buy on dips was broadly correct but the battering that equity markets received in the fourth quarter has challenged that view.

Worries over China, corporate bond markets and low inflation are what we think is on the minds of anxious investors at the moment, and we’ve reflected these in some of our downside risks for the year ahead. The trio of policy concerns are all centred around US trade, fiscal and monetary policy. Trade was an obvious issue last year and remains so. The worst-case scenario of a downward spiral of retaliatory measures has not yet emerged, with China trying to position itself as a defender of the global trading system which is reluctantly responding to a US-initiated trade fight.

The US tax cuts added unnecessary stimulus to a strong US economy and worsen the long-term debt profile of the US and reduce the fiscal buffers that are needed to deal with any economic slowdown, whenever it comes.

While the US tax cuts were a boost to US corporates and consumers, trade and allied political spats have raised the risk premium. In the background there has been some old-fashioned tightening of financial conditions, as US interest rates were normalised by a series of Fed hikes during the year.

But with inflation failing to rise very much, despite the strong real economic expansion in the US, the structural forces that have kept inflation low for many years now remain intact. Investors think that the Fed may be on the verge of a policy error; an error that sees short term interest rates rising too much and the Fed unwinding its programme of quantitative easing too rapidly.

Low inflation is also the flip-side of limited corporate pricing power and this in unhelpful for corporates who are very sensitive to the economic cycle or who have high levels of debt – and in some cases both. Hence the costs of borrowing in the riskier parts of the corporate bond markets have risen, especially in the US and Europe, and this tends to be a negative signal for equity investors. Low inflation supports low bond yields in what are perceived as the safer sovereign markets, hence German bonds remained ultra-expensive.

Equity investors could have coped with a slowdown in the Chinese economy – its historic stellar growth rates are at an end – but the trade developments have raised investors’ risk premium on China more than we would have expected 12 months ago. Additionally, the Chinese policy response has been different this time around with less desire and capacity for impactful credit expansion.

So while several market risk indicators are in the troublesome zone, it’s still important not to simply extrapolate the last quarter and assume that the coming year will be a mirror image. The oil price is roughly 40 percent off its 2018 peak and economically sensitive copper around 20 percent from its 2018 peak – both of which are negative growth signals. However, oil weakness is also akin to a tax cut given its pervasive use by consumers and companies.

The broad consensus is that while there will be some slowing of global growth in 2019, overall growth should still be above trend rates of growth – a view backed up by key surveys of forward looking indicators. Major market recessionary signals are still weak, but investors, who are sensitive to both rates of change and their second derivatives, do not seem comfortable that 2019’s growth trajectory is fully reflected in equity valuations or that the negative momentum of growth indicators of the past few months has abated.

In the shorter term, concerns about the pace of Fed hikes, trade fights and the growth outlook can be negated, risk premiums can be lowered, positive sentiment can re-emerge and equities rally. That would not be a shock over the next few months. But structural factors such as high debt and expansive central bank interventions – both of which put us into unchartered territory – will remain a concern regardless. That overall backdrop means we must be flexible.

For now we are holding our current equity and other asset positioning in our portfolios given the more attractive valuations in many equity markets but acknowledge that current exposures are likely the peak for this cycle.

David Warren is Chief Investment Officer at Zurich Life Ireland. The team at Zurich Investments is a long established and highly experienced team of investment managers who manage approximately €23.5bn in investments of which pension assets amount to €10.8bn. Find out more about Zurich Life's funds and investments here.

What is an asset class?