Zurich’s reforestation sponsorship will help to restore biodiversity by planting one million trees, including one for each employee. 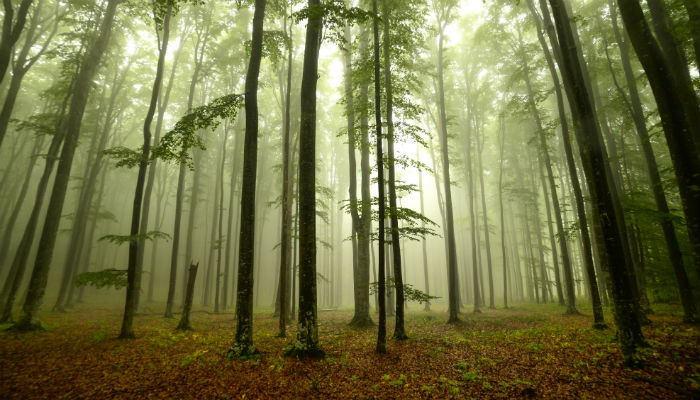 Zurich Insurance Group (Zurich) has agreed to sponsor a targeted, sustainable reforestation project in Brazil to convert barren farmland back into native forest that is rich in plant and animal life. The measure reflects the Group’s recognition of the importance of healthy ecosystems in the fight against climate change, as international bodies sound the alarm about the devastating effects of biodiversity loss.

The eight-year project will help to restore Brazil’s Atlantic Forest, the ‘other’ Brazilian rainforest, by planting one million carefully selected native trees in collaboration with non-profit Instituto Terra. This is part of the commitment made last year when Zurich became the first insurer to sign the UN Business Ambition for 1.5°C Pledge. Healthy forests based on native species help to avoid ‘green deserts’ or monoculture plantations that cannot support functional ecosystems.

“Tree planting can be a powerful tool for curbing climate change and preserving the variety of animals, plants and ecosystems we have on our planet,” said Alison Martin, Zurich’s CEO Europe, Middle East & Africa and Bank Distribution. “It’s not always about how many trees you plant, but about their quality and ability to support other forms of life. With this project, we are contributing to an aspect of climate change mitigation that is often overlooked: biodiversity.”

“Successful reforestation requires planning, management and engagement. Over the next eight years, we want to inspire colleagues, customers and local communities to further recognize the importance of biodiversity.”

Zurich champions the growing need to address climate change in connection with biodiversity loss; the two are mutually reinforcing each other as numbers of animal and plant species decline faster than ever. Diversity within and between species and ecosystems is key to addressing climate change, long-term food security, as well as preventing future pandemics, according to the 2020 United Nations’ (UN) Global Biodiversity Outlook 5.

None of the 20 objectives to preserve this diversity set out by the UN for the period 2010 to 2020 has been met, the same report said. The COVID-19 pandemic has thrown the significance of this into even sharper relief; if ecosystems deteriorate, the natural barriers between humans and potential vectors or reservoirs of disease, for example bats, begin to break down.

The Atlantic Forest initiative will complement Zurich’s long-standing cooperation with conservation project Rimba Raya in Indonesia and strengthen Zurich’s engagement in ecological conservation in some of the hardest hit areas of deforestation globally.

The trees will be planted over the next eight years to recreate a self-sustaining subtropical forest on land in Minas Gerais province that was cleared for cattle farming in the 20th century. Just 7 percent of Brazil’s original Atlantic Forest remains. Zurich’s contribution to the reforestation project will put 80 to 120 different species of tree on 700 hectares of land (equivalent to >850 soccer fields), gradually increasing the forest’s biodiversity and capturing carbon from the atmosphere.

The project was started in 1998 by Instituto Terra, a private, non-profit organization founded by the internationally renowned and award-winning photographer, Sebastião Salgado, and his wife Lélia.

A tree for each employee

A tree will be planted for each of Zurich’s 55,000 employees, with the remainder available to customers through offers to plant trees when they purchase insurance policies.

Zurich has halved CO₂ emissions per employee since 2007 and continues to improve operational efficiency and to increase the percentage of renewable energy purchased. The Group’s remaining emissions are offset with resilience-enhancing carbon credits at the REDD+ certified Rimba Raya Biodiversity Reserve in Borneo, Indonesia. As a result, Zurich has been operating as a carbon neutral business since 2014.

The best gifts last a lifetime

Cool Planet is a real experience

Engaging with educators for future learning

Guiding the way to wellbeing