Trade tensions continued as Europe went to the polls

Markets finished lower last week, as the continuing trade tensions were combined with a mixed response to global economic releases. 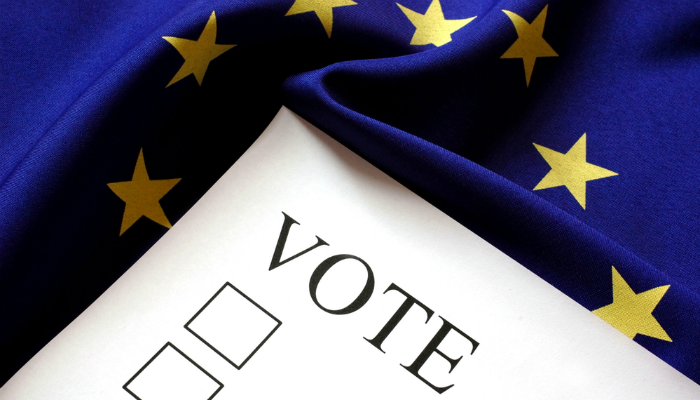 Major indices suffered their third weekly drop in a row, but still remain up strongly since the start of the year. Tech stocks in particular bore the brunt of selling as the concept of a ‘technological cold war’ came into vogue on the back of the US announcement giving federal powers to ban American firms doing business with foreign firms, most notably China’s Huawei. The latest FOMC minutes from the Federal Reserve appeared to have reinforced the growing market view that they are unlikely to raise interest rates again in 2019. The above all combined to push the benchmark 10 year Treasury note yield (which moves inversely to price) down to its lowest level since late 2017. 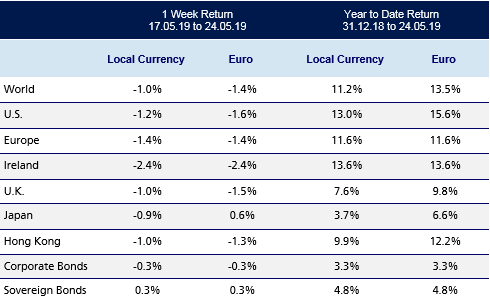 All major equity markets were down this week, bar Japan which held steady.

The Euro US Dollar exchange rate remained unchanged on the previous week at 1.12, whilst Euro/GBP was at 0.88.

Oil finished the week lower at just below $59 per barrel.

US markets closed for Memorial Day.

Eurozone Business Confidence for May goes to print.

Teresa May due to step down and the latest US Consumer Sentiment are released.