Last week proved to be another volatile week of trading, with equities ultimately closing on Friday with double-digit returns. Ian Slattery reports. 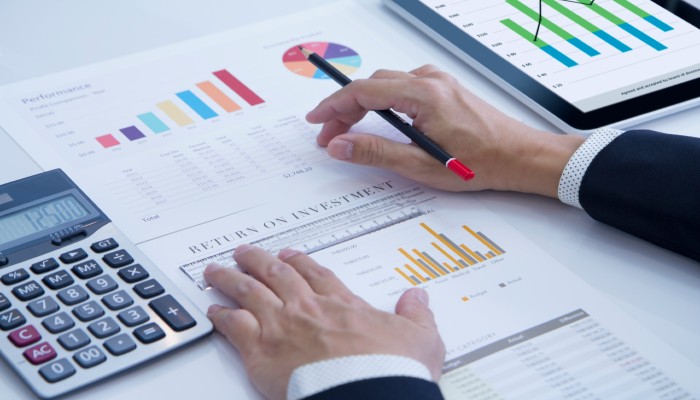 The Dow Jones Industrial Average may not be the best barometer of the whole market but it was up 21.3% at one point last week – which technically signifies the start of a new Bull Market. However, there is no clear sign yet that we have seen the bottoming out of the stock market at this point, and attempting to ‘call the bottom’ has proven futile for investors in the past.

Bear Markets are characterised by large falls, but also large gains. A week is an eternity in investment markets currently, and we will continue to try and keep you as up to date as possible. With that in mind we have a series of webinars this week, in conjunction with Brokers Ireland. You can register at the here . We kick-off with Investments at 11am this Wednesday, 1st April.

Market sentiment continued to swing wildly last week, but the unprecedented fiscal stimulus package from the US helped markets to finish the week with strong gains. There is a huge amount of detail in the package, including payments to industries (the particularly hard hit aviation sector for example), but also payments of approximately $1,200 to qualifying individuals. There are already signs that this will be badly needed, as a record 3.3 million weekly jobless figure was announced. For context, the average for this figure since the start of 2019 was about 220,000.

Monetary stimulus continues to be rolled out to the market, including a relaxation of previous restrictions. For example, the Federal Reserve will buy corporate debt for the first time, whilst the ECB will ease restrictions on the percentage amount of a country’s bonds they can buy. The ECB announcements came as we saw record lows in PMI data from the Eurozone. Any figure below 50 signifies a contraction, with the services figure coming in at 28.4, and the manufacturing number coming in at 44.8.

Following some volatile trading in recent trading sessions, gold saw its best week since 2008 as the price rose by 11%. Oil continued its recent downward trend as the price war between Saudi Arabia and Russia endures, even in the midst of the global pandemic crisis.

With respect to the virus itself, the US surpassed both China and Italy in terms of the most confirmed cases in one country. Deaths also began to mount in Europe, with Italy and Spain seeing large jumps in that regard. As clinical as this sounds, a point we have reiterated a number of times is that markets detest uncertainty. However, they are able to digest bad news and discount it into asset prices. Share prices will move forward again in anticipation of a recovery; not upon the arrival of a recovery.

Oil continued to fall finishing at $20 per barrel. Gold increased to $1,619 per troy ounce and copper decreased to $4,782 per tonne, as expectations of diminishing economic activity continue.

A large fall is expected as US manufacturing PMI data for March goes to the market.