Markets move higher as positive job reports shifts rate expectations, while commodities such as oil and gold where down slightly. Ian Slattery reports. 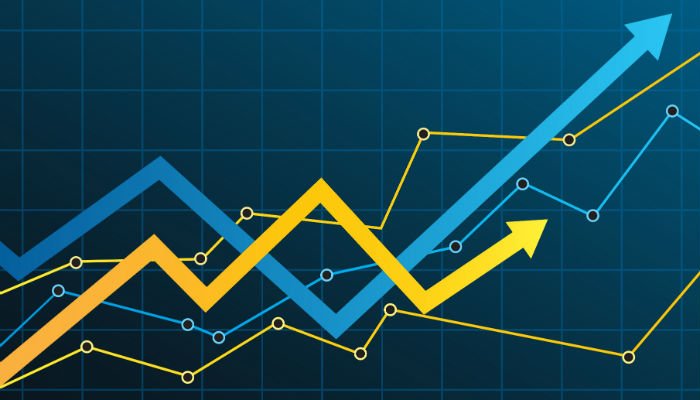 Markets began the week strongly, as US markets hit a record high on the back of optimism regarding the US and China trade deal. However, a better than expected jobs report hit hopes of a rate cut in the US, which subsequently pared gains for equity markets for the week.

Some 224,000 jobs were created in the US during June, with the unemployment rate rising slightly to a still low 3.7%. The outlook for the Federal Reserve still remains ‘dovish’ but the employment numbers have added some ambiguity to the amount of rate cuts we might see stateside throughout 2019.

Other economic data was mixed around the globe with factory orders in Germany coming in below expectations, whilst manufacturing data in the US held up better than forecast.

Finally, last Monday the current US economic expansion entered its 121st month, marking the longest (although not the strongest) expansion in modern American history.

Another positive week for equities, which were helped by a weakening euro currency which saw global markets in euro terms up 1.5%. Hong Kong led markets higher, up 2.9% for the week in euro terms.

The US 10-year yield was up slightly over the week, closing at 2.03% from 2.01%, as the positive jobs report sent yields slightly higher. The German equivalent was down once again at -0.37. The Euro/US Dollar exchange rate finished at 1.123, whilst Euro/GBP remained at 0.896.

Friday 12th June: The Chinese trade balance along with US purchasing price data goes to print.

Investors look back at inflation, but forward to economic growth