It was another week of volatility across the markets and the impact of the Covid-19 pandemic continues to be felt across the globe. Ian Slattery reports. 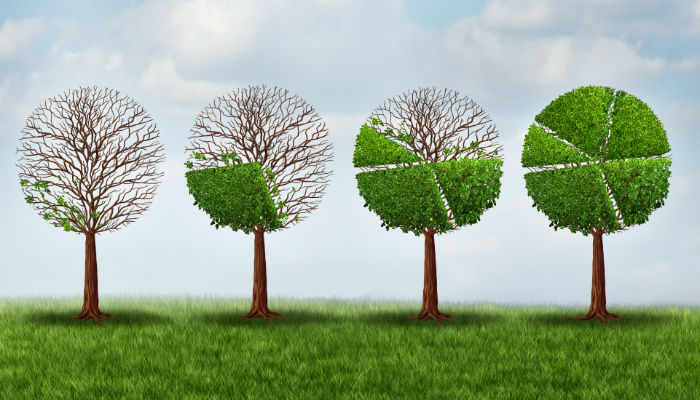 Equities moved lower last week, as economic data began to show how large the impact of the virus might be. Weekly job losses and monthly jobs created figures from the US both hit records from a negative perspective, with this coming as the economic lockdown continues to get tighter globally. Oil continued its ongoing trading volatility with a tweet from President Trump, purported that an output agreement was close, sending prices up over 30%. However, the rally was short-lived and choppy trading is expected to continue as oil grapples with both demand and supply shocks.

Sentiment indicators moved lower in the U.K. and the Eurozone as unemployment figures also continued to rise. There was some positive data from China as PMIs returned to expansion in March, albeit it is worth noting just how sharp the fall was in February.

United Kingdom’s bond rating was downgraded by Fitch to AA- from AA due in part to the coronavirus impact and Brexit uncertainty. Other smaller economies also saw downgrades, as the number of countries ‘engaging’ with the IMF also rose. Overall, economists are contending with the full economic fallout of COVID-19, with the depth of the expected recession now the main topic of debate.

Oil recovered slightly finishing at $28 per barrel. Gold increased to $1,625 per troy ounce and copper increased to $4,824 per tonne.

Minutes from the FOMC emergency meeting on 15 March go to print.

Consumer sentiment figures from the US for March will be closely watched.

US Inflation figures are released.