Global markets fell once again last week, as the impact of restrictions globally began to be realised. Ian Slattery reports. 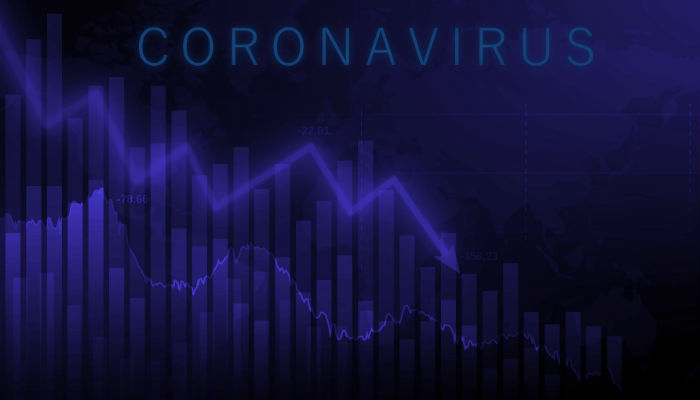 A host of European countries introduced or increased measures aimed at stemming the spread of the COVID-19 virus. Whilst in the US a number of jurisdictions, most notably New York and California, began to restrict interactions and gatherings.

The human element of this of course comes first and foremost, but the economic impact will be sharp and almost immediate. This was felt across risk assets as equities, bonds, and gold all fell throughout the week. However, it is worth noting that the US dollar strengthened against the Euro, which helped cushion the impact of price falls to Irish investors in dollar denominated assets. Bond prices were hit late in the week, as the expectation of further debt issuance to fund the aforementioned fiscal measures will lead to increased supply which could lead to lower prices.

Equities fell as the first evidence of a slowing economy began to emerge in the economic data as jobless claims, financial conditions, and business conditions figures from the US all fell sharply. Chinese data from January and February fell sharper than expected in some cases, giving an indication of what may lie ahead for some Western countries.

The extreme levels of volatility evident in risk assets currently is liable to persist in the period ahead. Last week saw a host of policy responses to the virus, beginning with the Federal Reserve’s ‘out of meeting’ rate cut and QE expansion announcement last Sunday. The ECB followed with further measures on Wednesday, whilst a number of individual countries also announced expansionary fiscal measures. Whilst the full details are continuing to emerge, and the efficacy of the measures is unknown, the response is unprecedented in terms of scale.

Market volatility in local terms continues last week, but a weakening euro helped Irish investors. The influential US market was down -3.3% in local terms, but up 1% in euro terms.

Oil continued to fall finishing at $22 per barrel. Gold was down also to $1,488 per troy ounce and copper decreased to $4,805 per tonne, as expectations of diminishing economic activity continue.

US, Eurozone, and UK PMI data for March is released.

The BoE meets, where no change is expected following the recent surprise cut.