The National Gallery of Ireland has announced the panel of judges for the 2018 Zurich Portrait Prize. Judges are Geraldine O'Neill, Sue Rainsford and Tanya Kiang. 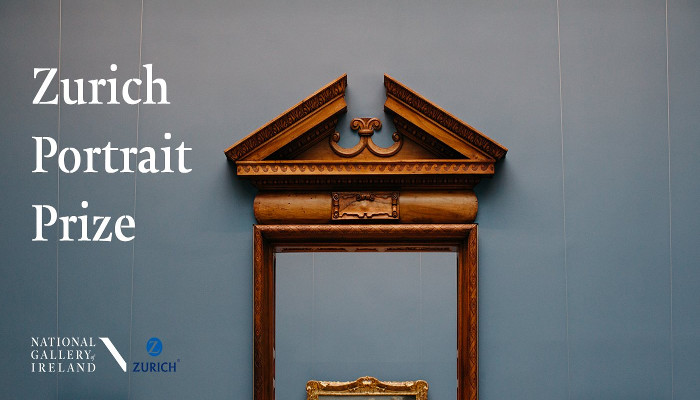 In March this year, it was announced that Zurich is the new title sponsor of the annual Portrait Prize at National Gallery of Ireland – now called the Zurich Portrait Prize. And with less than a month until the entry closing date, Zurich and the National Gallery are calling on Irish artists – either resident in Ireland or Irish citizens living abroad – to enter the competition.

The competition is open to artists working in all media and the deadline for submissions is 22 June 2018. The winner will receive a cash prize of €15,000, and a commission worth €5,000, to create a work for inclusion in the National Portrait Collection. There will also be two awards of €1,500 for highly commended works. The shortlisted artists’ works will be exhibited in the Gallery from 6 October 2018-13 January 2019. Admission will be free.

The aim of the Zurich Portrait Prize is to showcase and encourage interest in contemporary portraiture, and to raise the profile of the long-standing and constantly evolving National Portrait Collection at the National Gallery of Ireland.

Zurich have signed up for a three year partnership with the National Gallery of Ireland (2018-2020). This follows on the successful sponsorship by Zurich of last year’s international exhibition Vermeer and the Masters of Genre Painting: Inspiration and Rivalry.

“We are really pleased to be able to partner with the National Gallery for the Zurich Portrait Prize,” Patrick Manley, CEO of Zurich’s pan-European business – Zurich Insurance plc – said. “Within a relatively short time the Portrait Prize has grown to become an important, competitive and highly prestigious competition and one with which we are proud to be associated.”

Last year’s Portrait Prize winner was Jack Hickey, with commendations awarded to Myra Jagoand David Hamilton. Previous winners are Vera Klute; Gerry Davis and Nick Miller. This year, the Gallery plans to extend the reach of the competition and engage a wide range of audiences around the country through a supporting education programme. There will be local talks by shortlisted artists, tours and workshops on portraiture.

About: The National Portrait Collection