Retire and stop? Not in the future says pension forecaster. As the way we live changes so will our pensions, but planning for a reimagined pensions future is more important than ever. 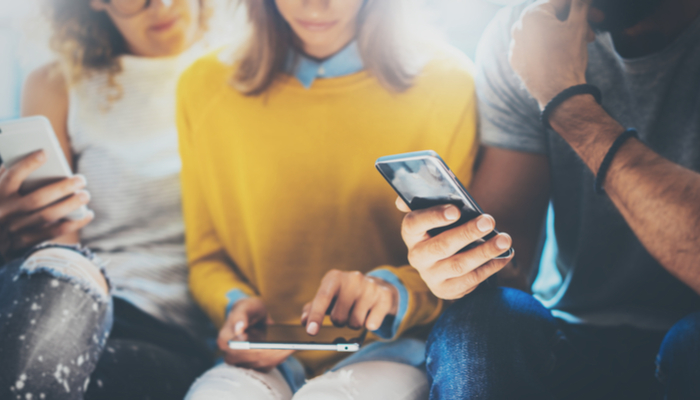 If you retire at 70, pretty soon you can expect to have another 25 years of life. Photograph: iStock

"[In the future] we expect that our approach to retirement will become much more flexible. Instead of just 'retire and stop' people are likely to continue working as long as they can, perhaps slowing down, but not simply 'stopping' work,' says Klaus Mogensen, a futurist with the Copenhagen Institute for Futures Studies in Denmark.

As more lifestyle opportunities become inexpensive or free, thanks to the internet, life choices in later life will change also. "If you are not focused overly on such material matters as a big house or car, you will be able to live a rich life fairly inexpensively, by perhaps not taking holidays to exotic destinations, but holidaying in your own country, and by availing of things like online education which will be free or inexpensive,' he says.

Indeed, we may become less acquisitive generally. "A lot of futurists are saying we will soon reach 'peak stuff' in terms of material consumption,' said Mogensen. "What makes a life interesting is not 'stuff'. It is access to material wealth that will become more important than owning it.'

The "sharing economy' will see people not own cars, for example, but subscribe to them on a service basis. "We can feel liberated by giving up the stuff we own, because stuff ties you to one place,' says Mogensen, who identifies the trend as 'freedom from ownership'. "In the past we used to talk about freedom from want. In the future we will be able to have access to things without owning them.'

Such trends could liberate us from the tyranny of home ownership, in which "so much of our income and savings is tied up.' There are negatives too, primarily a growing polarisation between the rich and poor, he cautions, "Both the UN and the World Bank have flagged this polarisation as a growing problem. We might see some political measures to limit this polarisation. One possibility is the advent of a Universal Basic Income, an idea that is currently being considered in Finland and Switzerland."If it does come, there will not be a retirement age because you will get the Universal Basic Income at every age,' he says.

Denmark is currently considering the idea of providing access to the State pension early for people worn out by hard physical labour, while others, say professionals or creatives, whose work is less taxing, could hold off before applying for the State pension, and so get a higher rate at a later stage.The further we get from the industrial age, the more attitudes towards retirement are likely to change, he says. "People in creative industries, for example, tend to like their work. For them it is not just a means to get money, they find it interesting.'

Automation will give routine jobs to the robots, leaving only the interesting ones for their human overlords, he posits.

"The trend generally over the past 150 years has been to reduce working hours. If this continues, we can expect to work less and have more time to enjoy the wealth we have,' he says. "And with the growth of free and inexpensive resources (delivered via the cloud) time might become the greatest luxury. In Denmark already we have seen unions successfully start to negotiate for more time off rather than for more money. Two-thirds of Danish workers have negotiated six- rather than five-week holidays.'

Another trend is longevity. "If you retire at 70 pretty soon you can expect to have another 25 years of life. Your kids could possibly expect to live even longer. If that is the case, retirement savings won't last that long and public retirement funds won't cover that either. We are going to have to increase retirement age to afford longer living.'

The whole notion of retirement is undergoing "massive transformation at the nexus of socio-economic change and technological disruption,' says Kyle Brown, a senior foresight strategist with Idea Couture, a strategic design and innovation firm in Toronto.

"Automation, information communications technologies and artificial intelligence are challenging the industrial economic model and even our knowledge economy, with innovations in process efficiency and cognitive capacity that are ultimately resulting in labour market displacement,' he says.

"At the same time, advances in life sciences are increasing human longevity. Most Western societies are also beginning to feel the consequences of the passing demographic bulge, with several states being forced to address an increasingly unfavourable age-dependency ratio,' he says.

"As a result, new ways of working are emerging, which require us to rethink and re-imagine the linear approach to education, employment, and retirement. Rather, these three states are becoming more fluid and dynamic, characterised by increased precariousness and task-based, project-oriented work that is supported by just-in-time lifelong learning - as opposed to just-in-case learning,' he says.The idea of a second career represents an opportunity for passionate engagement after retirement that not only creates a sense of purpose for the elderly, but creates benefits for the wider community, he says.

The attitudes and behaviours of elderly populations today and in the future will be different than generations past. "This new 50+ is healthier and more active than ever, meaning they will likely work longer and actively participate in society to a greater extent than before,' says Brown.

"Having grown up in a time of relative economic prosperity - from a Western-centric perspective - their expectations for retirement will be wildly different than in the past, especially given their financial privileges and disposable income. There is a new silver economy emerging that ranges from functional products and services to transformative experiences,' he says. Looks like the future isn't golden but silver.