For former geologist Andy Sleeman, the measure of his retirement success is the time it allows him to spend with his grandchildren, and on his boat. 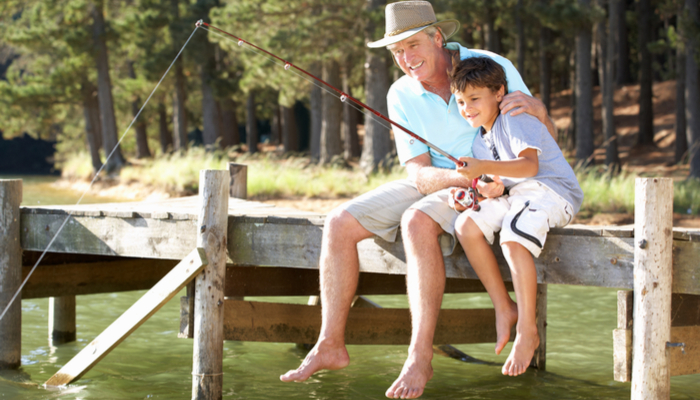 Retirement may be feared by some and eagerly anticipated by others. Geologist, Andy Sleeman was in the latter category. Long-haul travel, a boat and spending lots of time with the grandkids were just some of the things Sleeman had on his retirement list.

After squirreling away a substantial pension pot during his 35 years working as a geologist, when he finally took early retirement in 2009, at the age of 62, all of his dreams became a reality. He bought a boat and named it Galatea, he travels extensively and he spends a healthy amount of time looking after his five grandchildren. Born in Devonshire, Sleeman went to school in Bristol and studied Geology at the University of Liverpool. He met his wife Cherry when he moved to Dublin to take up a PhD at Trinity College and set up home in Ireland soon after.

Sleeman says that while his career and working life was a wonderfully enriching experience, he also looked forward to the day he would retire and could pursue with greater vigour some of his other passions. He says having a decent pension allowed him do just that.

He admits there were times it was a little bit of a struggle to save, but he's grateful he started contributing to his pension when he did, as he can still live the lifestyle he had previously, but now with much more freedom.

"I worked for the Geological Survey of Ireland, a government body. I joined in 1974 on a temporary capacity, and in 1976 I was made permanent but when I came to retirement age my pension rights were backdated to 1974, which was nice as I hadn't anticipated that," he says.

While Sleeman's civil service pension was part of his deferred pay, he made additional voluntary contributions, as much as he could, all the way through his working life, in order to ensure he would not have to curtail his lifestyle come retirement.

"With a civil service pension, it meant that you got half your final salary if you worked for 40 years. I worked for 35 and made additional voluntary contributions for much of my career to top up the pension.

"It was a struggle because the children were in secondary school and going off to college and there was a huge amount of expenditure going out. I wasn't able to put as much into it at the beginning as I would have liked but once I got closer to retirement age and the children had left home, I was able to put the maximum amount in. In the last five years that was about €20,000 a year. With the tax relief, I could afford to put the maximum in without changing the way we lived and my wife was doing the same," he says.Looking back on the day he was handed "the golden watch", Sleeman says he had nothing but positivity about entering into retirement.

"It was a great feeling. I had completed the projects I was really interested in, in my job and I had stayed a year longer than I had intended to. I was ready to go and I could afford to do it," he says.

As he entered into his retirement, he had extensive plans and was able to execute them with ease - including buying that boat.

"I had done a lot of sailing previously and I thought that would be a great retirement project. We got to take a lot more holidays. We've been to South Africa quite a lot, as my son-in- law is from there, we've been to Canada a few times, as well as New Zealand, Peru and the United States to name a few. I didn't spend as much time on the boat as I anticipated, instead I spend a lot of time looking after my grandkids, but I really enjoy that.

"We have three grandkids here and two in London and there was a point when I had to be in London one weekend a month. My pension has allowed me to do that and it has also allowed me help my children with not only their primary degrees but they all went back for their second and third degrees. It was really nice to be able to do that."

While he understands the struggles are great for young people these days, Sleeman's advice for anyone considering starting a pension is simply "do it now".

"Start one as soon as you can and put as much as you can in there. I've been impressing upon all my four children that you need to put in as much as possible. If you don't want to reduce your lifestyle when you retire then you need to end up with half of your final salary or preferably 60 per cent to 65 per cent of it.

"My wife was a social worker and she had three different pensions and between the two of us we're reasonably comfortable." Now living in Newcastle, Co Wicklow, he is honorary treasurer in his parish church and is also the choir director. This is one passion Sleeman relished when he stopped working.

"I've been in choirs all my life, and it's a very important part of my life. I sang in St Patrick's cathedral for 20 years while working in Dublin. The fact that I can spend a lot more time being involved in this now is wonderful."

Family history is another pastime of Sleeman's, and he has traced his family tree all the way back to the late 1500s. Another pursuit, woodwork, is lower down the list, given the numerous activities he partakes in.

"The job was very rewarding and I still keep my hand in a little bit doing field trips for horticultural garden-design students. My wife went back to do a course in garden design and I got roped in to doing the basic geology for them. We have a very full active retirement, a bit too full at times but it's great." he laughs.

About: About : Zurich Life