Liam Murphy was lucky enough to have been enrolled in a work pension scheme, allowing him the financial freedom to return home, join a small start-up and flourish – leaving him time for family and walkies with Honey, the dog. This article is an Irish Times Content Studio production. 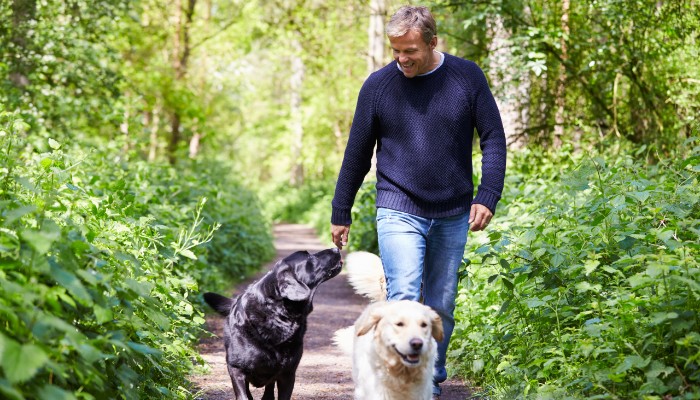 In the rare free time that he has, he can be found reading a novel or listening to podcasts and he has a keen interest in current affairs and history. These passions led him to study History and Political Science at Trinity College Dublin, and then, to acquire an MSc in Politics and Communications from The London School of Economics.

Like many, his career wasn’t straightforward and he dabbled in a number of different roles in his twenties. After his masters he remained in London and worked as a research and campaigns executive for a group that would eventually become Britain Stronger in Europe, the organisation that led the ‘Remain’ campaign during the 2016 Brexit referendum.

Murphy spent some time in the British Cabinet office where he worked as a policy advisor under the then Prime Minister, David Cameron’s government. He went on to work as a communications advisor at the European Commission and would travel regularly to Kolkata, India to volunteer with Mother Teresa’s missionaries.

He decided to relocate back to Dublin in 2017 and was already engaged to his fiancée, Karen, who was based in the capital. Without a job, a recruiter suggested him to a small start-up called Wachsman. The company employed about 30 people globally at the time.

Murphy was hired and began work as a strategic communications consultant, advising companies on the evolution of the internet, disruptive technologies, fintech and venture capital.

In the five years since he joined, Wachsman has grown to become a global enterprise with 175 staff spanning three continents with offices in Dublin, London, Geneva, New York, Los Angeles. Washington DC and Singapore.

Murphy progressed quickly and is now its managing director and head of Wachsman EMEA overseeing about 50 staff.

“It was a real start-up success story and I have loved every second of it. Every day I have the pleasure of working alongside some of the most passionate and talented people I’ve ever met. I don’t take it all for granted and I feel very fortunate. It remains exciting and Wachsman has only scratched the surface of what it can do as an organisation.”

His personal investments have played a role in his success. “I had a pension in the UK that had been set up automatically by my employer.”

Having this resource to fall back on made him consider the importance of financial planning. Now married and a father to his infant daughter India, he wants his family to have financial security.

“I was financially literate but for much of my twenties hadn’t given much thought to my personal finances. I felt I didn’t have enough income to get creative with it. It wasn’t a huge consideration at all.”

When Murphy joined Wachsman the company was figuring out what benefit packages it would provide to staff and engaged the services of IFC Finance broker David Crowley to help them.

“An employer pension contribution seemed an essential component of any package. You can have lots of other perks, but a pension is non-negotiable,” Murphy says. “Whether employees choose to contribute is up to them, but it is critical that an employer offer the facility.” He signed up from day one.

Now a young father, the fact that he started contributing early gives him a certain comfort.

“I try not to think too much about what’s coming out of my paycheck but I’m happy that something is being put aside for later in life,” he says.

This financial security affords Murphy the headspace to focus on his family and enjoy the life he has built with his wife and daughter. In his free time he can be found in Fairview Park, which he says is like a second home.

When not taking his toddler to the playground or swimming lessons, Murphy walks the family golden retriever, Honey, and also takes time to work out three times a week.

“My life won’t stop once I stop working. That will just be the beginning of the next chapter. It is very important to make sure that I have a pension plan in place so we can enjoy those years in retirement.”

He says that his advice to others would be the exact same advice that he received. “Start contributing and contribute as much as you can. I know the cost of living has gone up but put in what you can and the sooner you can do it the better. You can tailor your contributions to suit your life.”

Liam Murphy was paid a gratuity for his time and contribution to this article.

Warning: If you invest in this product you may lose some or all of the money you invest.