Pensions and the future

In an interview with InBusiness magazine, Joe Creegan, Head of Corporate Life & Pensions at Zurich, talks about auto-enrolment, industry reform and the challenge of making pensions attractive. 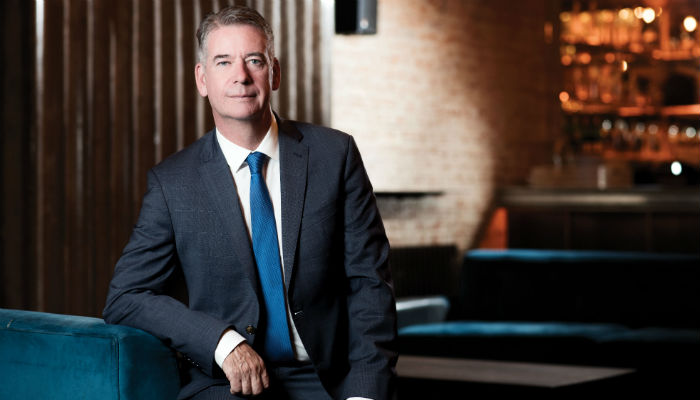 Are there any trends that are shaping your business right now?

What you're seeing now is an improvement in employment levels. The unemployment rate is down to its lowest level since before the crisis so that's feeding into our business. We're seeing a lot more employees joining the staff pension scheme, and we're seeing more employees being included in the group protection schemes, be it for death, accident or ill heath.

There's obviously a lot of focus at the moment around adequacy, particularly in the defined contribution space. We're trying to focus on that to ensure that the people who are in these pension schemes are contributing a sufficient amount – that is driving some of the market. You're also seeing how a lot of traditional defined benefit schemes are closing and they're being replaced by defined contribution schemes, effectively moving the investment risk away from the employer onto the employee. That's quite a dramatic trend.

Why is that shift happening?

The main factor is volatility, because typically with a defined benefit scheme – as it suggests – the benefits are defined at retirement. What's happening is that companies guaranteeing their employees a pension based on their salary are discovering that when their employee retires the interest rates are so low that the costs of providing that guaranteed pension has increased. In addition to that, people are living longer, so that's putting pressure on the price as well. It's making the cost of guaranteed benefits very expensive, and also accounting rules mean that companies have to account for any deficits they have in their pension funds.

We are the second biggest player in the corporate pensions market. Mandatory pensions are going to ensure that everybody – of which there are about two-thirds of the population outside the public sector not included in a pensions scheme – is brought under a supplementary arrangement. We will certainly be putting in a submission shortly, but also we are looking to be one of the providers chosen to run the auto-enrolment and investment management process. We're very keen to participate in that and we expect that we will.

How will that process work? Will the Government put it out there to a number of providers?

Yes, there is a Strawman proposal that was issued earlier this year that states there would be four providers appointed as auto enrolment-registered providers. We would certainly expect to be one of those four. We take the view that it shouldn't be limited to four, because it's better to give more choice. We feel that companies should have to meet certain criteria and if they do, they should be able to operate as a registered provider. However, the current Strawman suggests that there will be four providers.

Before that comes to pass, what measures are needed to improve pension coverage and adequacy levels?

This is one of the challenges in the system at the moment. We've got two issues: one is that not enough people are participating in supplementary pensions. They're relying on a State pension, which they might find becomes a challenge in retirement. We need to get all those people into some form of supplementary pension.

However, the bigger challenge will be addressing adequacy. We've lost a decade already, because coverage has been falling. It's effectively going to be 10 years from now before we get it back to sufficient levels, so that's a 22-year period that has been lost. There are a lot of people in the workforce now who will never see the benefits of auto-enrolment and so our message to companies is not to wait until auto-enrolment comes in, it is to set up the scheme for staff now, but also to go to those higher levels of contribution sooner, rather than later. That's the only way we're going to deal with the adequacy position.

Aside from the mandatory scheme, is there anything more the Government could be doing?

The whole area of tax relief needs to be addressed. The Government needs to ensure that the current tax regime is continued post auto-enrolment, otherwise people are likely to be getting an inferior deal to what's available at the moment. As it stands, there is a potential flaw in the design. The most important thing the Government can do is to develop something that's mandatory, but also make sure that the tax relief is appropriate and consistent to what's currently available.

As for Zurich, it's all about trying to improve the member experience and making sure that people, when they get to retirement, have adequate coverage. We won an award last year for Best Innovation in Financial Services for an investment strategy that we put together. People get very confused by investment decisions, so we introduced a flexible lifetime investment strategy that moved people from higher risk funds into lower risk funds without them having to do anything. It's not often that life assurance companies are regarded as being innovative, so that was a particularly exciting one – to be seen as innovative.

Building blocks of the future

Wearable tech goes back to the future

Diversity is the future of food