Pensions are like a marathon says Zurich's Rose Leonard, if you want to do one you are going to have to start training now. The first mile is the hardest but once you have developed the habit, it gets easier. 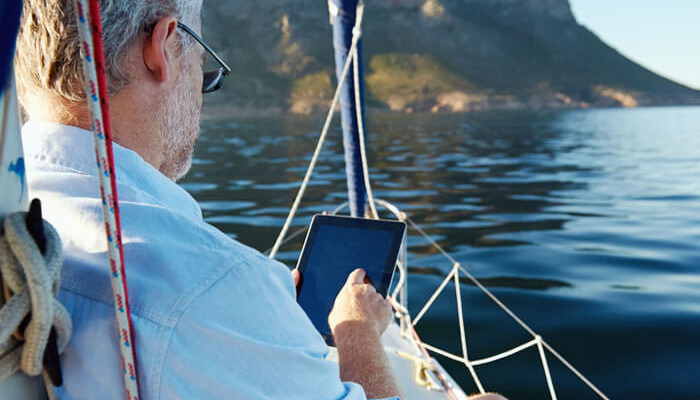 Life expectancy is increasing with men's life expectancy up from 78 years of age in 2011 to 85 years in 2046. Photograph: Shutterstock.

The debate around the pension time bomb and the challenges facing the economy when it comes to pensions continues unabated. The biggest challenge is the changing demographics with people living longer. Life expectancy is increasing with men's life expectancy up from 78 years of age in 2011 to 85 years in 2046. For women that number has jumped too, and females can now expect to live until at least 89 years as opposed to 82 in 2011*. Obviously this is great news, but are we considering the impact on the cost of supporting the retired population, and will the State pension sustain those in retirement for a longer period of time?

With increased life expectancy combined with forecasted birth rates expected to produce a doubling of the proportion of retired people to workers by 2050, a renewed focus on encouraging long-term savings is what is urgently required.

This changing demographic will place a considerable financial burden on the State and tax payer. "Because people are living a lot longer they are going to need a lot more financial support in retirement, but they haven't started to save earlier and we have to address that problem now,” she warns.

One of the main ways this problem can be addressed according to Leonard is for people to accept responsibility themselves and start saving earlier. "My advice to employees would be to join their pension scheme as early as possible. If an employer doesn't provide a pension scheme, it would be worth considering starting a personal pension. People need to develop a habit of long-term savings really from their mid-20s.”

Leonard agrees that engaging people in the conversation around pensions can be another challenge.

“It is true that a lot of people haven’t engaged in the conversation at all”, she says “and part of that might be because it’s a bit complicated.” According to Leonard, those that haven’t engaged tend to be younger, and people starting to show an interest in pensions when they reach the age of 50 is too late. “If you retire at 65 you could live for another 30 years so you need to be able to provide a replacement income for those 30 years in retirement. Starting to save long-term in your 20s is the best approach.”

For the millennial generation – who live very much in the here and now – why should they be planning now for their retirement many decades from now? “People in their 20s need to put time aside to understand the cost of pensions long-term and they need to develop a habit of long-term saving. It’s like running a marathon – you might say you would like to run a marathon in 2018, and if you do, you need to start training now,” Leonard explains.

Leonard agrees that central to engagement is how pension providers break down the barrier and de-mystify the process. “In Zurich we pride ourselves on communication. Our mantra when it comes to pension schemes is ‘communicate, communicate, communicate’. It’s important for companies like Zurich to keep our message clear and simple and I feel that’s something that we are very strong at.”

There has been much discussion in Ireland around the introduction of auto enrolment, whereby a universal, workplace retirement saving system for workers without supplementary retirement provision would be in place. Essentially, an automatic pension scheme would make it compulsory for employers to automatically enrol their eligible workers into a pension scheme.

“When we talk about auto enrolment the question is should we have a universal retirement scheme in Ireland whereby employers would automatically enrol their employees into this scheme,” Leonard asks? “The consensus among the government, the industry, and other bodies is that there should be a universal retirement scheme whereby members would be automatically enrolled.”

Leonard argues that those people in their 20s/30s that don’t want to think about retirement would benefit from automatic enrolment and it would encourage them to develop a habit of saving for the future. “We spoke earlier about whether or not the State pension will be sustainable, and when you consider that there are 17,000 new pensioners year-on-year, then it probably isn’t sustainable; something has to be done - we all have to accept responsibility for saving in the long-term.” A final piece of advice from Leonard for those thinking of starting a pension: “Start today,” she declares.

In order to help provide for your retirement, starting a pension is one of the smartest financial decisions you can make. When choosing a pension , having all the information you need is key. Sound advice is invaluable, so it's a good idea to seek advice from a financial advisor. Talk to your company’s scheme advisor or an independent financial advisor who will guide you through the process and help you select the right pension plan for your circumstances. You can find a local financial advisor near you with the Zurich Advisor Finder . Alternatively, Zurich’s Financial Planning Team can provide you with more information about Zurich's pension plans and options.

To listen back to the interview with Rose Leonard play back on the Zurich Life Podcast.

Rose Leonard is Head of Distribution and Customer Relationship Management at Zurich Life.