Navigating the future of the workplace

From the age of anxiety to an era of opportunity, workers across the globe are worried about their futures. To tackle those concerns effectively we may need to transform the employee benefit landscape. 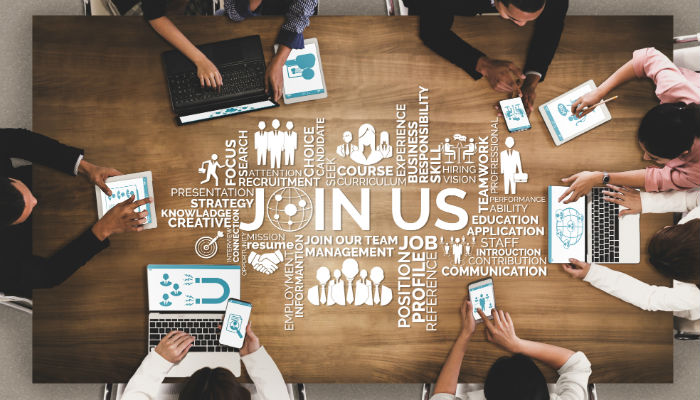 From the age of anxiety to an era of opportunity - workers across the globe are worried about their futures. To tackle those concerns effectively we may need to transform the employee benefit landscape.

Many workers across Ireland and around the world today have one thing in common: they are worried. The unprecedented pace of change, driven by digital transformation, has cast the old certainties aside.

Today’s working landscape is a far cry from the single-earner households and employer-for-life career models which moulded traditional benefit models. The modern worker is increasingly likely to work for themselves, often for tech platforms with unconventional employment models. Ahead of them lies a maze of widely differing career possibilities stretching over the decades.

As we approach a new decade, the increasingly non-linear and fragmented career paths means that workers have become more exposed to shortfalls in income. At any given point in time, a person’s chance of being unemployed is greater than before, while at the same time their important safety nets have seemingly shrunk. However, for employers that are cognisant of this change, by focusing on the employee benefits that they provide, they can put their business in a positive position to win in the ever increasing battle to attract and retain talent.

We know this much because of pioneering research being carried out by Zurich in collaboration with the Smith School of Enterprise and the Environment at the University of Oxford. The study seeks to establish how individuals adapt their career and financial decisions to changing labour markets, find out the main drivers and impediments and examine the role insurance and employee benefits plays in this process.

New technologies, globalisation, and demographic shifts are driving large-scale changes in the working world. The traditional career model is eroding, mobility across industries and geographies is increasing. While this creates flexibility, it can also lead to less security over employment and income. The challenge for today’s workers is that traditional social protection frameworks are yet to adapt to the evolving realities of work. As a result, responsibility for insurance, savings and pensions choices is increasingly falling to individuals themselves, as financial support from traditional sources - including employers and governments - shrinks.

Technological changes and globalisation are widely recognised as a key driver behind changes in labour markets. As capital and labour can move freely across borders and industrial sectors, the displacement of significant parts of value chains, if not entire industries, across borders has become commonplace. Demographic change is also reshaping the workforce, and the needs of workers. A combination of increased life expectancy and decreasing birth rates in many countries has contributed to the so-called ‘greying’ of the workforce.

Older employees are certainly valuable for the diversity they bring to the workforce and for many firms, retaining their undoubted expertise, even on a part-time basis is desirable. But the ongoing challenge for employers is that it can also foster competition for jobs between old and younger workers, while making it harder for young individuals to plan for the future.

Companies, policymakers, and the workforce have all been affected by these changes. As public pension and healthcare costs have risen in line with an increase in life expectancies, this is putting pressure on public finances – a trend that we see continuing in the future.

Millennials – the backbone of your workforce

Millennials is an often overused term, but employer should recognise that this demographic is made up of people aged 21-38, and will be the biggest workforce demographic in the next few years. Understanding their working needs and what’s important to them will be vital.

Interestingly, millennials were as likely as their older counterparts to save part of their income in 2018, with 63% saying they were able to do so. About a third of them (32%) reported that retirement is their top worry – and this concern was a very close second to the much shorter-term problem of paying their monthly bills (34%).

Contradictory to the above, levels of ownership of non-pension benefits such as life insurance and income protection for millennials, as well as their self-reported levels of knowledge about these products, are not high - highlighting the importance of educating the modern workforce and providing ongoing financial advice.

Intergenerational attitudes towards technology’s effects on labour markets are remarkably consistent. While we might expect younger people to be more pessimistic about the impact of technological change on the job situation in their country, there are virtually no global generational gaps here: about 23% of respondents of all ages believe technology has made things worse, compared with around 53% on average who believe it has improved the situation. When it comes to fears about losing their own jobs, millennials and those in the middle of their careers are worried in equal measure: it’s only those who are close to retirement who are noticeably more relaxed.

Trends in the Irish workforce

The Irish economy has rebounded strongly in recent years, with one consequence being a shift from a pre-crisis economy based primarily on agriculture and construction towards one more based on the tech sector and pharmaceuticals. This also means the recovery is primarily focused in large urban centres such as Dublin and Cork.

Any job instability in Ireland is as likely to be voluntary as involuntary. A fifth of our respondents said they think they are likely to lose their job in the next year – with Brexit creating a degree of uncertainty for certain sectors. Interestingly however, an even greater proportion (27%) say they have plans to leave their job voluntarily within the same time period. Of these, most appear to be readying themselves to become freelancers. And when it comes to opening up other career opportunities, similar numbers say they’d be willing to move abroad for a job.

Growth in self-employment and the gig economy (mainly for services) has occurred, but at a fairly modest rate. Nearly half of Irish jobs appear to be impacted to some degree by increased automation, particularly for some lower skilled roles.

Our social welfare system also provides some protection for workers. The Illness Benefit is intended for those with a short-term illness whereas the Invalidity Pension and Disability Allowance are long-term payments. Apart from the social welfare benefits, high-income earners tend to be relatively well covered: private sector workers have life coverage (which varies by employer and can range from 1x salary up to 4x salary). Certain employers also provide long-term income protection for their employees of up to 75% of their salary, inclusive of state invalidity benefits. It almost goes without saying that the main gaps for pension provision are for private sector workers and the self-employed as opposed to the public sector.

At Zurich, we have spoken at length on the auto-enrolment plans and whilst it looks like something will come to fruition over the next 5 years, it appears that the onus will certainly be on employers and employees going forward to fund for an adequate retirement. With the country’s economic pickup, people’s disposable income has increased, and so have people’s willingness to fund for their retirement and save for their future. Whilst a huge amount of money is still on deposit rather than being invested into long term savings, some of this must be attributed to the painful experiences of the recession of the recent past.

The workplace is undergoing fundamental change. This obviously impacts workers significantly, but also employers and business owners. The battle for talent is heating up and employers who have a better understanding of what their employees want and need will be at an advantage. Providing the ‘basic employee benefit’ package will no longer be seen as competitive and employers will need to consider solutions that are truly tailored to the needs of their workers.

Advice for parents to plan ahead to meet education costs