Plan now for your life in retirement

When it comes to pensions, it's never too late to plan for your retirement. Envisage now the life you want to have in retirement and enjoy living it when you get there. 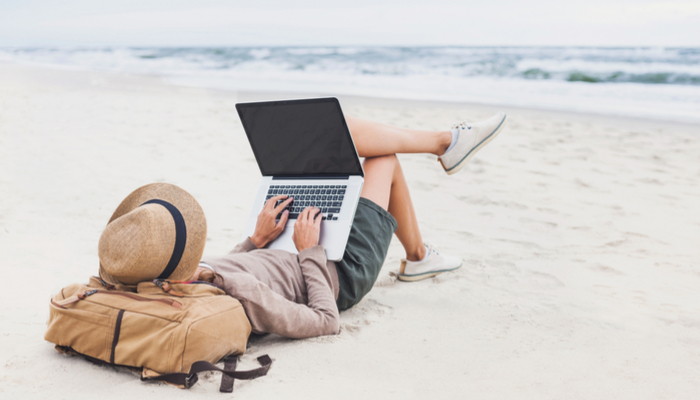 It is estimated that a 65-year-old who started monthly contributions of €200 to their pension at age 30 could have €3,300 a year extra income compared to someone who started at age 40. Photograph: Shutterstock

For many, pensions are a grudge purchase, and that's why you might not have one. When you're starting out in your career, you don't want to think about retirement because the topic is inextricably linked with age, and what youngster can envisage getting old when retirement is so far away? As you hit mid life, you fret about not having sorted it earlier. You fear you've left it too late. It's an uncomfortable feeling. So what do you do? You put it to the back of your mind.

Wrong and wrong again. "Yes, the best time to start a pension was years ago. But the second best time is now," says Jonathan Daly, head of retail distribution and propositions at Zurich Life Assurance.

It really is never too late - or too early - to start funding for your retirement. This is particularly the case now that we have every reason to expect greater longevity.

Indeed the notion of retirement is itself a relatively new one. Historically only old soldiers were thought to be in need of financial help. Roman veterans were given pensions, known as praemia, at the end of their military service - that is, if they survived that long.

Today, a person of 65 can reasonably expect to live for at least another 20 or 25 years. That's a significant amount of time that will require finances. Remember the heady days of Italia 90? Which of us who experienced it could forget? In many ways it's hard to believe it has been 27 years since we were urging Jack's army to "give it a lash".

Now imagine if you had stopped working in 1990, and had to rely on your savings until now. Talk about "put 'em under pressure".

Yet that's just the kind of timeframe you're likely to need to fund for your future retirement. So, if you've been successfully putting the topic to the back of your mind for years - or even decades - now is always going to be the best time to face up to it.

First up, don't panic. You're not alone in having put it off. "There's a range of reasons why people don't start a pension early enough, or, if they do, don't put enough money into it," says Daly. "When you're younger starting out, you're likely to be on a low salary, with different priorities." Commitments such as mortgages and childcare take precedence.

But just getting into the pensions habit in a small way can pay dividends later, not least because the extreme tax efficiency of pension savings cannot be matched by other savings plans.

This is because every €100 you pay to your pension really only costs you €60, if you pay tax at 40 per cent. And that doesn't take into consideration the tax-free lump sum that will be available to you to draw down at retirement.

"Unfortunately the upshot of not prioritising pensions until possibly your 40s or even 50s means people lose out on this," says Daly. They also miss out on the benefits of compounding - the valuable accumulation of investment growth over time.

"In fact, the most activity we see in terms of money going into pensions is in the last 10 years before retirement, which is good, but people do wish they had started earlier," says Daly.

There may be other reasons why they didn't start earlier, including the fact that their parents are likely to have come through the workforce in the golden era of defined benefit pension schemes. These were the Rolls Royce of retirement plans, whereby retirees were guaranteed a portion, typically two thirds, of their final salary, with which to see out their days.

Hugely expensive to provide, and designed for a time when the job for life was the norm, these have been replaced by defined contribution schemes. With these, the size of your pension pot depends on what you put in to it over your lifetime.

"The fact that previous generations came through on defined benefit pensions means that to a large extent there hasn't been that parental message given about the need to start a pension," says Daly. "The move to defined contribution pensions has put the responsibility on to the individual. In the previous generation it was looked after by the employer, people almost didn't have to think about it."

Whatever the reason, it is important that those who have delayed starting a pension don't feel there is no point in doing so now, he warns. "There is always a point in starting a pension but people don't seem to realise just how flexible today's pensions are. Part of what puts them off starting is a fear that they are committed to making monthly contributions that are written in stone."

That is not the case. Consumers can use the flexibility built into today's defined contribution schemes to their advantage, scaling back when they need to and putting in more when they are feeling flush.

"It just takes a phone call to do it. You can even take contribution holidays," he says.

The flexibility of today's pension is designed to suit changes in the workplace too, where the job for life is on the wane, more frequent job changes are the norm and the "gig" or project-based, freelance worker is on the rise. "In pension terms, chopping and changing your job is no problem, you can take your pension with you. The important thing is that you get into a retirement savings habit," he says.

"Keep in mind that if you leave pension funding until you are in your mid 40s, you are giving yourself just 20 years to try and fund a 25-year retirement. That's a much bigger challenge to do than it would have been if you had started in your 20s."

The State pension is facing challenges of its own. As the population ages, Ireland will have a smaller pool of workers to draw on, to pay for a larger pool of State pensioners. Indeed, the over 65s are already the fastest-growing demographic cohort in Ireland.

The State pension currently stands at €238 a week*. From 2028 it will only be awarded at age 68, instead of 66, for new retirees. Demographic pressures could see the age-threshold increase further, and the value of the State pension fall. As such, its ability to be anything other than a safeguard against poverty should not be overestimated.

And, whatever about not wanting to envisage ourselves in old age, no one wants to envisage being broke, particularly if it's something you can take steps to avoid now.

"You're likely to live a longer and healthier retirement than ever before. You want to be able to enjoy it, not just get by," says Daly.