The story behind the numbers

2017 was a good year for investors who maintained a long term outlook, and did not get side-tracked by short term volatility, writes Ian Slattery. 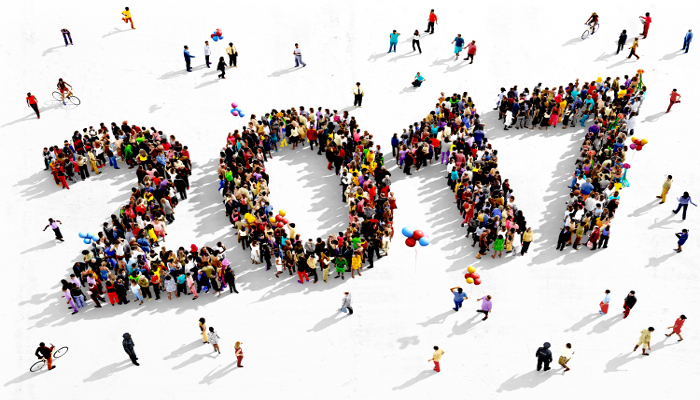 As we move towards the end of another year of active investment management, it's an appropriate opportunity to pause and take stock of some of the market movements and developments we have seen in 2017. Performance records will often condense a whole year of investing into a single percentage figure, and on that basis, it appears that 2017 will stack up well versus history. However, as always, there was plenty happening under the surface.

The average figures of Investment Banks polled by Zurich at the start of the year forecast the S&P 500 to end 2017 at 2349, or a growth figure of 4.9%. It currently stands (near the end of November) at 2597*, far above the average consensus. However, to leave the above in isolation would be remiss, and would be failing to acknowledge one of the main influences on equity markets during 2017 - the exchange rate fluctuations of the euro currency, in particular against the US dollar.

The US Dollar is the most influential currency in the world and 52% of world equities are listed in the US. It is also worth noting that the Hong Kong dollar, which is pegged to the US dollar, and resource or 'commodity' currencies such as the Canadian and Australian dollars are also highly influenced by the 'Greenback'.

Currency fluctuations are always an important consideration for investors in risk assets, and can be hard to avoid, whether directly or indirectly. The US dollar weakening by close to 11% this year versus the euro, in a move from 1.05 to over 1.20 at one stage, leads to a direct reduction in the returns of Eurozone investors. This currency exposure is something that always forms a key part of our investment decision process.

The year also saw a number of geopolitical risks come to the fore, and then ultimately abate. We had Dutch, French, UK and German elections, the triggering of Article 50, and a deterioration of the US/North Korean relations, to name but a few. However, here at Zurich it is one of our roles to cut through this noise and to identify the key drivers in markets. What we have seen is spikes in volatility due to political concerns over the last number of years, however these have not necessarily led to a material impact on stock market levels.

Throughout 2017 there has been a gradual improvement in the global economic backdrop. The more synchronised global recovery seen in GDP and the post crisis highs in 'softer' sentiment data evident across the world has buoyed risk asset prices. This has led to double digit returns in equity markets across a number of regions, including Zurich's current preferred geographic areas of the Eurozone and the Asia Pacific region. Equities in general have had a good year, indeed the S&P 500 is now up for 12 consecutive months and has experienced its first 12 month period in history without having a 3% pullback. Data and growth figures continue to be positive, and volatility levels are at records lows.

However, a closer look gives a more comprehensive picture of the workings of equity markets. Geographical and sectoral dispersion has been growing. This means that whilst markets overall would appear to be relatively benign, there are strong oscillations in trends underneath the surface. For example, the Tech sector has returned over 20% this year, whilst both the Energy and Telecom sectors have seen double digit falls. As such sectoral and geographical correlations break down, opportunities emerge for active managers who retain the ability to discriminate against certain areas of the market.

Zurich's asset allocation stance of favouring equities over bonds has broadly been a positive influence on performance this year, as fixed income markets have failed to repeat some of the robust gains seen in recent years.

The expectation of higher interest rates, a dissipation of political risk, and the aforementioned acceleration of global growth have all weighed at times on European sovereign debt prices this year, as a more 'risk on' sentiment has materialised. The ECB's quantitative easing programme is ongoing, and was extended in October to December 2018, albeit at a reduced pace. This would support our viewpoint that whilst we do not see a huge uplift in bond yields (which move inversely to price) European sovereign debt offers little long-term value in the current environment.

Commodities, which tend to do better as economic growth expands, have seen a broadly positive year so far in local terms although, as the majority of them are priced in USD, it is worth factoring in the impact of currency fluctuations in this area also. Oil had a rollercoaster year and traded as low as $43 a barrel in June before rising to well over $50 a barrel currently. Alternatives form an important part of Zurich's Prisma Multi-Asset fund range and the ability to move in and out of these individual investments throughout the year has added value to our customers.

Overall, it looks like 2017 will be another good year for investors who maintained a long term outlook, and did not get side-tracked by short term market noise and volatility. We maintain our current positive view on equities and our more cautious outlook on bonds - and are positioned accordingly across our funds. However, as an active manager, we remain flexible in our views and are well positioned to react to market events as and when they occur.

About: About : Ian Slattery

Ian Slattery is an Investment Consultant at Zurich Life. The team at Zurich Investments is a long established and highly experienced team of investment managers who manage approximately €21.9bn in investments of which pension assets amount to €9.9bn. Find out more about Zurich Life's funds and investments here.