The shortlist for this year’s Dalkey Literary Awards presented by Zurich has been announced and includes household names and a new generation of home-grown talent. 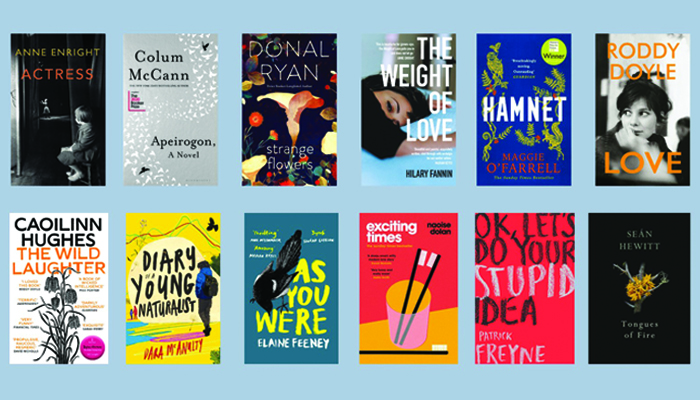 Roddy Doyle is shortlisted too for his book Love. Doyle is no stranger to the Booker Prize having won it himself in 1993 for Paddy Clarke Ha Ha Ha.

The Weight of Love by Hilary Fannin, Hamnet by Maggie O'Farrel, and Donal Ryan’s book Strange Flowers have also made the shortlist for this year’s award.

The youngest  author on the Emerging Writer shortlist is Dara McAnulty for his book – Diary of a Young Naturalist. A new generation of female writers also feature on this year’s Emerging Writer shortlist with Caoilinn Hughes (The Wild Laughter), Elaine Feeney (As You Were) and Naoise Dolan (Exciting Times) all being recognised for their cutting-edge, contemporary fiction.

Patrick Freyne’s collection of essays – OK Let’s Do Your Stupid Idea – also made the shortlist as did Seán Hewitt Tongues of Fire, a collection of poems.

The winners of the 2021 ‘Novel of the Year’ and ‘Emerging Writer’ Awards, which boast prize funds of €20,000 and €10,000 respectively, will be announced as part of the Dalkey Book Festival which will return virtually from 18th to 20th June.

“Literature has been a source of deep comfort to many of us during the challenging reality of a global pandemic. We feel the joy of reading a great book more than ever, and I am delighted to see a wonderful selection of books from a range of inspiring authors in the shortlists again this year. Congratulations to the authors and best of luck to our judges who have a difficult job ahead,” Neil Freshwater, CEO Zurich Ireland said.

Sian Smyth, Director of the Dalkey Book Festival said: “It’s such a thrill to be announcing the 12 shortlisted authors for this year’s Dalkey Literary Awards in this, our second year of the Awards.  The Dalkey Book Festival and our partners Zurich (Insurance) are so proud to support Irish writers and Irish writing with this significant €30,000 prize fund again this year, and while many of those shortlisted are household names, it’s wonderful to see the breadth of exciting, new home-grown talent too.

The Judging Panels for this year’s Dalkey Literary Awards are: